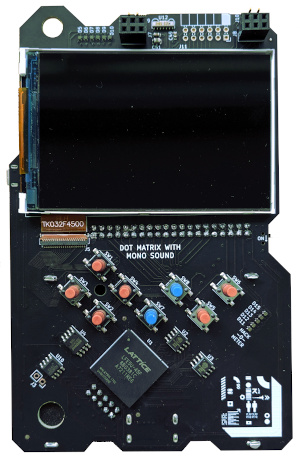 This year’s Superconference has the badge - Large FPGA-based delight. Here’s the hackaday announcement.

@sprite_tm has built an entire SoC on the badge, with a twin core RiscV processor, a fancy GPU, lots of memory and, amazingly, capable of running regular GCC compiled C-code!

The Repo for all this is - https://github.com/Spritetm/hadbadge2019_fpgasoc

Most Supercon party-goers will want to work at this level with these amazing tools. 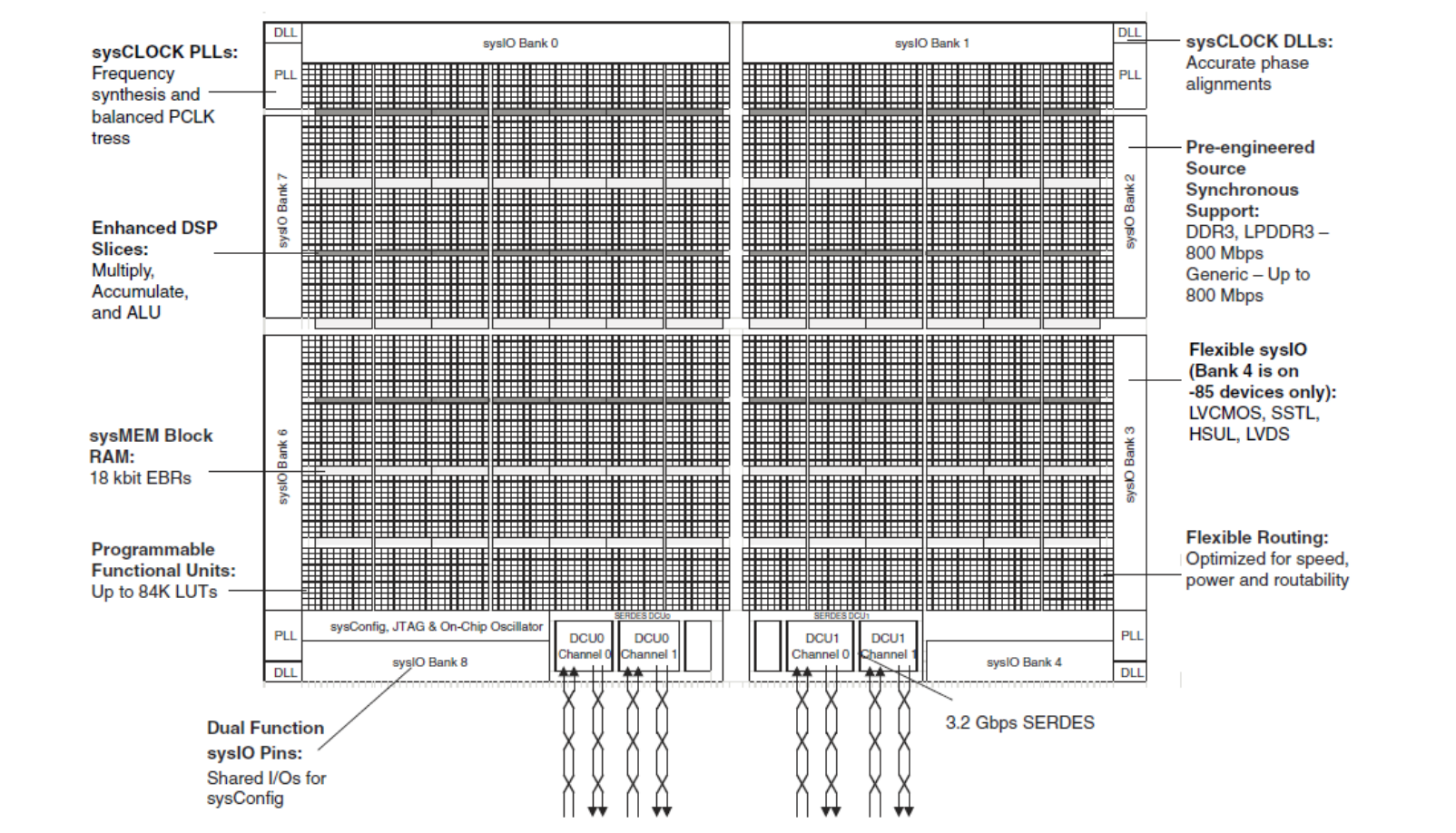 For those interested in stretching their Verilog FPGA skills there is the FPGA itself. Be warned, however, Verilog is hard. It’s not like just picking up a new programming language. Your brain needs to be rewired. If you haven’t yet undergone that procedure, take it slow and aim appropriately.

Warnings aside, the FPGA itself is an FPGA coder’s delight. Even if the above is the least sexy way to depict it. The ECP5 is a large device (high LUT count) for it’s power and price. All development can be done using open source tools.

Read the general documentation about the code to get an idea of how the source code is organized.

There are several projects specifically ready to load into hardware. Prototype V2 Hardware Only, presently

All these projects reassuringly blink a front LED, they also use SW6 to trigger a configuration process.

The make files have make flash to invoke tinyprog to do a download. They also have make boot which invokes tinyprog -b to restart a board in configure mode.

Supporting these projects, the core source code currently available is as follows:

Documentation is currently a little sparse.

There are some projects in the respective directories to test the above in simulators. These tests are very exhaustive, but there may well still be bugs. These are fiddly bits of code (especially the USB and I2C). The UART and USB codebases have been tested in ECP5, iCE40, and Xilinx hardware, and so should be considered fairly robust. The I2C Slave has not been tested in hardware at all since it mostly exists to test the I2C Master in simulation. Both the LCD and Camera have proxies (code that connects to the driver and represents the actual hardware) for testing. These can be very handy for testing new functionality and to ensure things haven’t broken when you modify it.

Additional Code to be released shortly

All new code is released under Apache 2.0

There are many tools required for this project.

Normally for an ECP5 device you would have the choice of working with Lattice’s Diamond tools, but unfortunately the badge has a tiny bug that prevents this from working. Even more sadly, the most natural workaround is prevented from functioning by a bug in Diamond. Argh! This is not really a big deal since the Open Source tools are excellent. These instructions will therefore focus on the OSS tools for now.

All the code in this repo has been developed in Visual Studio Code with extensions to assist with Verilog editing. However, any editor will do.

All code has been built in a command window separate from the editor.

To build an image for the FPGA at a high level you need the following: